In the Summer 2015 issue of Southern Political Report Magazine, Texas Lobby Group was named one of the South’s “Top Government Affairs Firm and Lobbyists” in Texas. The rankings are based on the results of an online survey sent to lobbyists and government affairs specialists across 13 Southern states. In addition, top lawyers and lobbyists were consulted to make sure the ranking for each Southern state were as comprehensive and accurate as possible.

“These men and women shape public policy all over the South” said Southern Political Report publisher Phil Kent. “That’s why we regularly talk to various movers-and-shakers in 13 Southern states ‘in the know.’ Some are accomplished lobbyists themselves or they are the clients big and small that they serve. They know who the best are and, with this issue, now you will know.” 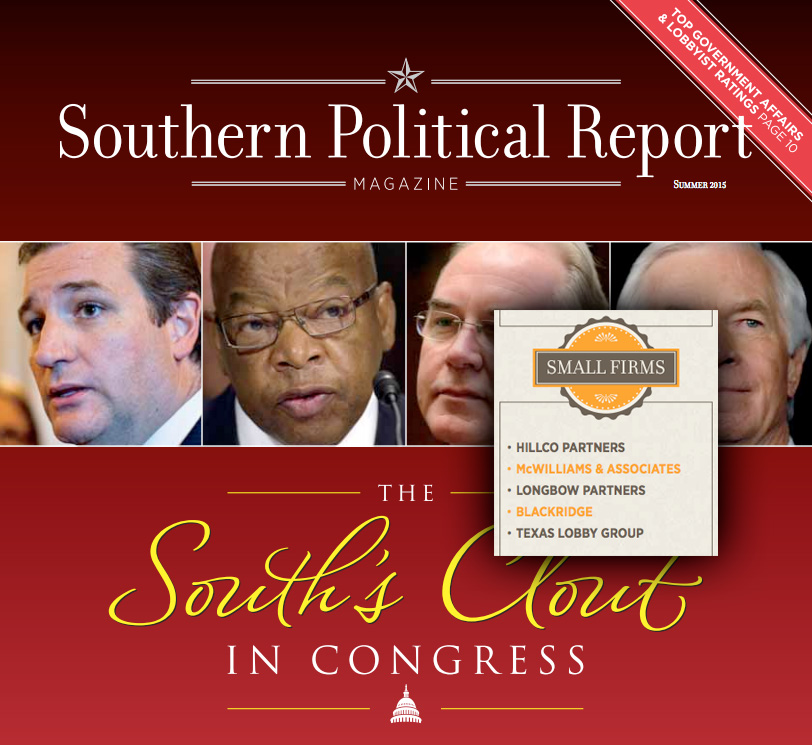