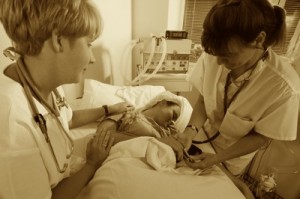 The Supreme Court is evaluating a lawsuit brought by Texas and twenty-five other states regarding the 2010 Patient Protection and Affordable Care Act, sometimes referred to as “ObamaCare.”

For the last 2 years we’ve seen intense debate, often heated, about Obama’s federal healthy care reform law. Texas as a State has not received this law well. On the day the bill was signed, we joined a number of other states in filing a lawsuit against the Obama administration, challenging the mandate for individual health coverage that is a centerpiece of the law. This is the part of the Affordable Care Act that requires people to have health care insurance.

Currently the provision has been upheld in two courts and struck down in another.

One important issue being discussed is whether this Act could be considered a tax. If so, it may open all sorts of side issues and bring in other arguments.

Read more about this at the Texas Tribune.