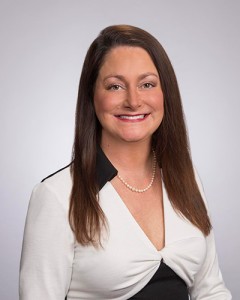 Lara Laneri Keel has twenty years of experience in and around the Texas Capitol.  Mrs. Keel has been with the Texas Lobby Group since its inception in 2002, representing interests of clients before state legislators, regulators, and Texas policy makers. (78, 79, 80, 81, 82, 83 and 84th Sessions).  Recently Mrs. Keel was named the top female hired gun lobbyist in Capitol Inside’s Texas Lobby Power Rankings Biennial report in their last three rankings.

“Austin lobbyist Lara Keel is the first woman in the past 12 years to be ranked among the ten most powerful hired guns at the Texas Capitol. She’s only the second female to have that distinction since the lobby rankings were conceived in 2003. Keel has been moving up the ladder for several years as one of Mike Toomey’s original partners at the Texas Lobby Group that they got off the ground in 2002 during Rick Perry’s first year as governor.” – Capitol Inside 2017

Following her career in the Texas Senate (75th and 76th Session) Lara was a Lobbyist for the state’s largest business group, The Texas Association of Business and Chambers of Commerce (TABCC).  Experience includes lobbying the Texas Legislature, Executive and State agencies, as well as the U.S. Congress on critical employer issues.   As a Government Affairs Director, Lara directed a three-tiered campaign involving grassroots, communications and coalition building, as well as legislative activity and lobbying. She is still active in the Association as a current board member.

“Lara Keel – a former state Senate aide who’s had Toomey as her chief mentor in the Texas Lobby Group – is ranked higher than any other woman who represents multiple clients at the Capitol like she’d been in the early stages of every regular session since 2011.”

“Keel is only the second female lobbyist to crack the top 10 on the hired gun list since the rankings were conceived in early 2003. Keel has moved into a league of her own as the only woman in the Austin to climb as high as sixth on the hired gun chart where she appears this year.”

“Austin lobbyist Lara Keel is the first woman in the past 12 years to be ranked among the ten most powerful hired guns at the Texas Capitol. She’s only the second female to have that distinction since the lobby rankings were conceived in 2003. Keel has been moving up the ladder for several years as one of Mike Toomey’s original partners at the Texas Lobby Group that they got off the ground in 2002 during Rick Perry’s first year as governor.”

“Simmons will have a hall-of-fame level lobbyist as a mentor in her new profession as a new member of Mike Toomey’s team at the Texas Lobby Group. Simmons’ affiliation with the firm that Bill Messer and Toomey co-founded also will give her a chance to learn the ropes of the trade from Lara Keel, a highly-respected lobbyist who’s one of the group’s charter members and doubling as the Red State Women’s president as well.”

“Red State’s president is Lara Keel, a long-time lobby partner of Mike Toomey in one of Austin’s premier political-influence firms.”

“President of Red State Women, Lara Keel, is Texas’ most powerful female lobbyist. Starting her career as a staffer in the legislature, Keel now represents the interests of state regulators and law makers.”

“The rankings in 2011 reflect the growing presence and clout that a newer generation of public affairs professionals have now at the Capitol as the proverbial torch is passed to them. Keel is a prime example – having been elevated to partnership status with lobby titans Bill Messer and Toomey in the star-studded group they lead at the same time she’s become the go-to lobbyist for Republican women legislators at the Capitol where there are twice as many of them as there were two years ago. Keel – as a result – has vaulted into the top 20 on the hired gun lobby list after being ranked a rising star lobbyists just four years ago.”

When the Texas Legislature’s new Republican members arrived in Austin for their first session this month, one of the first things they learned was where to find Mike Toomey and Lara Keel. As two of the three partners at the city’s most high-powered lobby shop when it comes to Republican ties, Toomey and Keel have taken most if not all of the GOP’s 31 freshmen lawmakers under their wings as informal advisors on the art of passing legislation, protocol and other fundamental elements of the legislative process in Texas. In an arena that’s governed by a maze of complex and serpentine operating procedures and lined with more political landmines than opportunities for early success, the wisdom and friendship that the two lobby mentors are imparting will be highly valuable as the first-term Republicans attempt to navigate their way through their legislative debuts without fouling up.”

“I can think of no one who is a greater woman of power and influence in representing businesses before the Legislature and agencies in Texas than Lara Keel.  She is a standout in her field.”

“And its lobbyists are among the most influential…… Lara Laneri Keel, another Republican heavyweight who previously lobbied for the Texas Association of Business and serves on the board of the Texas Conservative Coalition Research Institute”.

Some of the lobby’s brightest young members like …… Lara Keel ….. Have graduated from the rising stars list in 2007”.

Keel, who’s married to State Auditor John Keel, is surrounded by stars as a charter member of the Texas Capitol Group…….”

“Lara Laneri Keel – a former Texas Association of Business governmental affairs manager who was an aide to Fort Worth Mayor Mike Moncrief when he was a state senator- has been part of the group led by Mike Toomey and Bill Messer before she joined them in the new Texas Capitol Group.  Keel’s husband is State Auditor John Keel – the former executive director of the Legislative Budget Board”.

“A longtime politico in her own right, who, when she married, took one of the most recognizable names in Austin politics.”