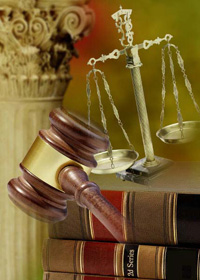 The Texas Supreme Court agreed to hear oral arguments in a case challenging the Constitutionality of the Texas Margin Tax, which was enacted in 2006.  Nestle USA, Inc. asked the Supreme Court to order the Comptroller to refund nearly $9 million in franchise taxes paid under protest by Nestle and its subsidiaries in 2012, to declare the franchise tax unconstitutional under both the Texas and U.S. Constitutions, and to provide injunctive relief prohibiting the Comptroller from enforcing, collecting, and assessing the franchise tax against Nestle in the future.

Nestle USA, Inc. alleges that the Texas Margin Tax violates both the United States and Texas Constitutions.  It claims that various exceptions, deductions, and differing rates violate the Texas Constitution’s Equal and Uniform Taxation Clause, and the Equal Protection, Due Process, and Commerce Clauses of the U.S. Constitution because they are not uniform and have a disparate impact on the company.

The franchise tax is only imposed on artificial entities that are creatures of state law, i.e. corporations, LLCs, LLPs, S-Corps, etc.  It is not imposed on businesses that are creatures of the market, such as sole proprietorships and general partnerships.  Nestle argues that the Equal and Uniform Taxation Clause of the Texas Constitution and the Equal Protection Clause of the U.S. Constitution require the franchise tax to be levied in accordance with the benefit conferred on businesses that are creatures of the State.  Under this theory, the franchise tax must be levied according to the value of the privilege of doing business in Texas.  That privilege is easily measured by the business taxpayer’s income.  Nestle contends that the special deductions, limitations, and exceptions available to some, but not all, businesses under the Texas Margin Tax render it arbitrary and unconstitutional.

Nestle also argues that the applicability of the franchise tax to its business model is arbitrary and thus violates the Due Process and Commerce Clause of the U.S. Constitution.  The Texas Margin Tax applies different rates on manufacturing and wholesale trade, 1 percent and 0.5 percent respectively.  The State classifies businesses for tax purposes according to the business’ nationwide activities, not just their activity within Texas.  Nestle engages exclusively in wholesale activities within Texas, but was classified as a manufacturer under the Margin Tax and taxed at the higher rate.  Nestle argues that the Due Process Clause requires a tax on business activity to be reasonably related to the protection, benefits, and opportunity afforded by the State.  They contend that the Texas Margin Tax fails to meet this standard because it imposes a higher rate on Nestle for business activity that Nestle engages in exclusively outside of Texas and separate from any benefits conferred on the company by State law.  Moreover, Nestle claims that the disparate impact on Nestle from the increased rate based on out of state behavior violates the Commerce Clause, which prohibits States from regulating interstate commerce.

This is the second time that Nestle has sought oral arguments challenging the Texas Margin Tax.  In February this year, the Supreme Court dismissed a previous challenge of Nestle’s franchise taxes from FYs 2008-11 because Nestle failed to adhere to statutory requirements requiring a taxpayer to file their taxes under protest before seeking a writ of mandamus from the Supreme Court.

Oral arguments in this action are scheduled for September 18, 2012 at 9:00 a.m.  More information on the docket and arguments from both sides can be found  at http://www.search.txcourts.gov/Case.aspx?cn=12-0518.

The Texas Margin Tax was passed in 2006 following a Supreme Court order to increase education spending from a source other than property taxes.  Original estimates expected the tax to generate $6 billion per year, but the tax has underperformed expectations every year since its enactment.   Many legislators have called for the tax to be significantly modified or abolished altogether.  But if the tax is eliminated by the Texas Supreme Court or the Legislature, the State may have to find other revenues to maintain education spending.

The Texas Supreme Court should have sufficient time to issue a ruling on the Constitutionality of the franchise tax prior to the start of the 83rd Regular Session of the Texas Legislature.  The Supreme Court’s decision could have serious implications for businesses operating in the State and the course of the next Legislative Session.  Stay tuned.