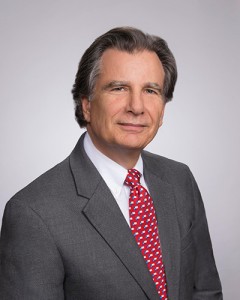 Mike is the only person in Texas history to serve as chief of staff for two Texas Governors. Former three-term Texas House member and chairman of the House Judiciary Committee. Named one of Texas top lobbyist in Capitol Inside’s power rankings since their inception.

“Mike Toomey has broken the mold, however, as the only former Republican State Legislator in the lobby hall of fame. Toomey found himself dogged to some degree in the earlier stages of his lobby career by perceptions that he was too hyper-partison to be truly effective in an industry that operates more like a fraternal brotherhood than a business. The skeptics had speculated that Toomey’s heyday would end when he no longer had the Perry connection as leverage. But Perry’s departure from the governor’s office two years ago may have inspired Toomey to work harder than ever at trying to be the best based on recent accolades that peers and competitors have dished his way. That’s the mark of a true hall of famer.”  Capitol Inside 2017

“Mike Toomey brought incredible talent, expertise and focus to my staff and was a major factor in the successes of the 2003 legislative session.” – Governor Rick Perry, Press Release, Sept 3, 2004.

“His hard work contributed significantly to the success of the regular session this year.” – Governor Bill Clements, Dallas Morning News, 1989

“I want you to know that I’ve already begun working with this team about next steps for Texas,” Governor Greg Abbott said at Friday’s news conference, referring to Huffines as someone “who has successfully run businesses and knows his way around the Capitol” and calling Toomey “a proven chief operating officer who knows how to quickly deliver results.”

Neal T. “Buddy” Jones and Mike Toomey have all but owned the top of the mountain in the rankings that appeared initially on the day when the Texas political and governmental news and information publication was born online exactly 16 years ago today. Toomey – a former Texas House Republican who served as the chief of staff for two governors – has been rated lower than second only once since 2005 on the hired gun list that’s been the project’s centerpiece in the lobby rankings that are rolled out during the opening month of regular sessions in odd-numbered year.

Austin lobbyist Mike Toomey and political guru Dave Carney have long been linked as architects of Republican politics in Texas.”

“…it should come as no surprise that no one is rated higher on Capitol Inside’s Texas Lobby Power Rankings for 2011.”

“Mr. Toomey has turned his robust lobbying business into a political force in the state”

“Toomey was such a key budget-cutting member of the House Appropriations Committee during the economic turndown in Texas caused by the oil bust..”

“…Texas Monthly magazine named him one of 10 top legislators.”

“Toomey was the first real tort reformer. He started the crusade, and he was successful.”

“There’s nobody who works harder, studies the issues more and is more determined. He is a tough, tough negotiator.”

“Toomey read every single bill that was filed. And I don’t mean skimmed’em.”

“He has once again served the state tirelessly, and I am grateful for his dedication to serving the people of Texas.”

“…had all the qualities essential to mastering this most difficult of legislative arts: industry, inspiration, a mind for detail, and objectivity.”

“….Toomey has accumulated the skill and will to influence every issue of consequence. Toomey brings to the job a work ethic that has been legendary since 1985..”

“He approaches issues with a zeal and tenacity that even his detractors admire. Everything about him speaks of discipline.”

“Toomey does his homework, argues his points and carries voluminous knowledge on a wide range of issues…”

“His hard work contributed significantly to the success of the regular session this year.”

“For the past twenty years, Mike Toomey has loomed large in state government,…as the Capitol’s premier business lobbyist…With his encyclopedic knowledge of state government…”