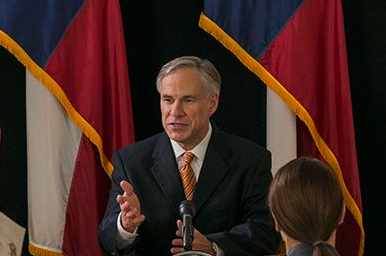 Wednesday, September 2, 2015, Governor Greg Abbott announced the appointment of Heather Griffith Peterson, Billy Hamilton and John Colyandro to the newly created Health and Human Service Transition Legislative Oversight Committee. The Committee, created by Senate Bill 200 during the 84th Legislative Session, is tasked with aiding the executive commissioner of the Health and Human Services Commission to reorganize the delivery of Texas’s health and human services.

Each appointee brings a unique expertise and perspective to this important Committee.

Heather Griffith Peterson of Austin is director of policy research for the Texas A&M University System and previously served as chief financial officer for the Texas Department of Agriculture. She has spent her career in public financial management, having held several financial/budget management positions for the City of Austin, and served as a fund manager for the City of Boston Trust Office. She is a member of the Government Finance Officers Association and the Omicron Delta Kappa National Leadership Honor Society. Additionally, she serves on the Anderson High School Campus Advisory Council. Peterson received a Bachelor of Science from the State University of New York at Plattsburgh.

Billy Hamilton of Austin is executive vice chancellor and chief financial officer for the Texas A&M University System. He is a member of the National Academy of Public Administration and a member and past president of the National Tax Association. Additionally, he is a past member and past president of the Federation of Tax Administrators, and previously served as a volunteer for the Afghanistan School Project. Hamilton received a Bachelor of Arts and a Master of Public Affairs from The University of Texas at Austin.

John Colyandro of Austin is executive director of the Texas Conservative Coalition Research Institute and the Texas Conservative Coalition, a legislative caucus. He has over 20 years of experience in state government, state and national politics, as well as extensive experience in the private sector.  He has held the rank of Major in the Texas State Guard assigned to Headquarters at Camp Mabry in Austin. Colyandro received a Bachelor of Arts from The University of Texas at Austin.