CNBC’s annual study of the best states for business ranks Texas at the top of the list. The following article originally appeared at CNBC.com. The Texas Lobby Group offers this summary and digest of the article for Texas Lobbyists, Political Consultants, Texas Business Leaders, and other interested parties. 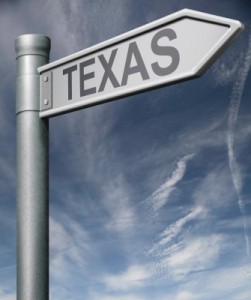 CNBC recently completed its annual study of the best states for business. Texas has ended up at the top of the list for the third time.

As Governor Rick Perry said last November during the Republican presidential primaries, “There is a reason that Caterpillar moved their hydraulics manufacturing and their engine manufacturing to the state of Texas.”

The CNBC study ranks ten categories of business competitiveness, assigning point values to each category. The categories are:

Texas scored 1,604 points out of a possible 2,500 with top ten finishes in 6 of the categories. It is important to note that Texas has never scored lower than second place since the study began in 2007.

States are scored based on the ways they try to sell themselves. CNBC also used 51 measurements with the help of the National Association of Manufacturers and the Council on Competitiveness.

What made this year’s study so fascinating is that it comes in the context of a national economy that has suffered and is slowly recovering. Many states are improving their financial situation for the first time in years due to austerity measures put in place during our recent recession.

“Revenue performance remains positive, expenditures in most states are stable and few states have faced mid-year budget shortfalls in fiscal year 2012,” the National Conference of State Legislators reported in May. That means states can resume their focus on the battle for business — and jobs.

Texas has the best infrastructure in the nation and is second place for Technology and Innovation. We also have the third lowest Cost of Living index. All of this comes in spite of the fact that 2011 was a very difficult year for the Texas budget.

The biggest surprise this year came with Utah surging past last year’s first place winner, Virginia. Utah has seen a large increase in venture capital, jumping to 13th on the list for Capital access.

All things considered, Texas remains a model state for businesses. As Rick Perry has noted, there is a reason that businesses and people are always moving to Texas. This year’s rankings show the reasons behind that reality.