The following story is offered by the Texas Lobby Group for Texas lobbyists, Political Consultants, Government Analysts and lobbyists, and all interested parties. 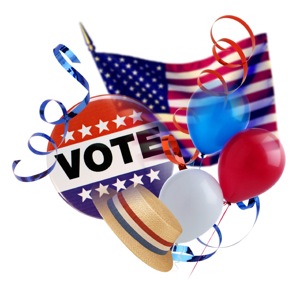 As social media grows in its popularity and power, it is fast becoming the best and cheapest campaign networking strategy available. A Pew Research study shows that 37 percent of adults between 18 and 29 have used Facebook to become politically engaged. The younger generation is more likely to open Facebook to see what their friends are saying than turn on the television or open a newspaper, hoping some authoritative source will give them the information they are seeking.

Social media allows everyone to choose their own gatekeepers, which is why its popularity is growing quickly.

But what about those yard signs?

Yard signs, bumper stickers, and buttons are the old-fashioned ways of networking politically. You see that everyone on your street is voting for a particular candidate through signs and bumper stickers, so that influences your own choices. The dynamic is the same as Facebook. Yard signs and political buttons, t-shirts, etc.,  reveal what your friends are thinking. But Facebook allows that community to expand beyond geographic boundaries. Now you can know what your old college roommate thinks or even what your favorite author thinks.

That’s why savvy politicians are quickly working to build social media networks while maintaining their traditional networks and relationships. Twitter and Facebook networks cannot be purchased. They are best when grown organically over a year or two. The goal is to build a dynamic network of interested persons by “playing nicely” in the new arena. You can’t just selfishly tweet your headlines and expect people to pay attention. You have to read and retweet others’ headlines as well. It’s a lot of work, and it takes time. But that’s the new way of things.

However, an interesting article at the Fort Worth Star Telegram this week reminds us that while Facebook and Twitter may be the new forces for networking power in the world, the old methods have not died. Yard signs are still powerful and effective.

“There was a time when people thought the wizardry of campaigns could replace grassroots efforts,” said Brandon Rottinghaus, an associate political science professor at the University of Houston.

“Much of the way that social media was thought to revolutionize the process of campaigning hasn’t come to fruition. It does help funnel people and connect people. But it’s not changing the way campaigns campaign,” he said.

“The best way is getting information to [voters] in person, going into neighborhoods, putting up yard signs and putting hangers on doors to suggest the campaign is active.”

What we are currently experiencing is the front edge of a revolutionary wave. The ways we humans network and exchange is shifting. But remember that even after the Protestant Reformation, the Catholic Church did not die. The old methods will always be effective. Yard signs are here to stay.

But they are no longer the only or the best option available for politicians who want to get their message out to the public.