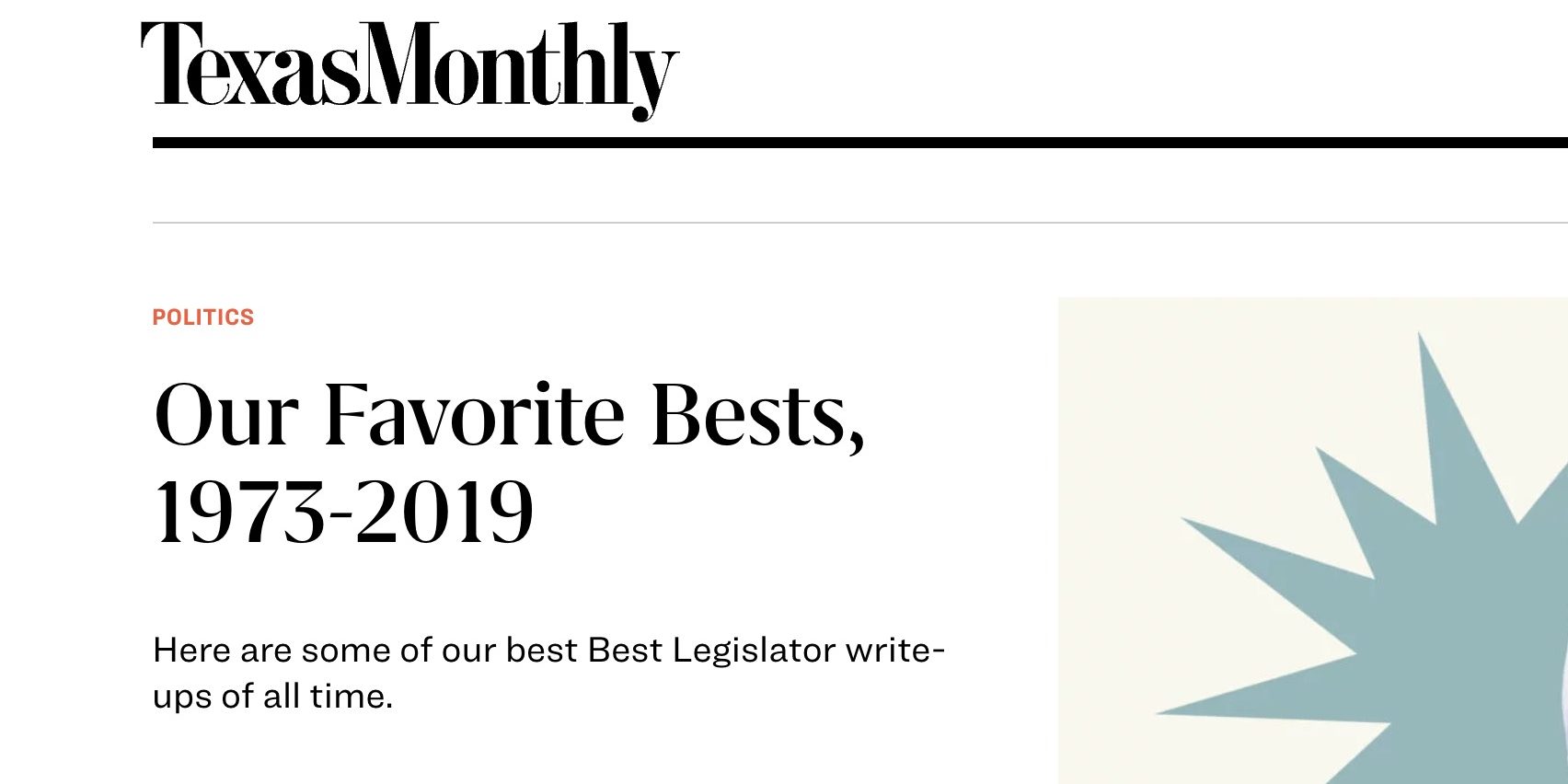 Before Mike Toomey became Rick Perry’s chief of staff, his ruthless slashing of state budgets earned him the moniker “Mike the Knife.”

Mike Toomey, Republican, Houston. Mike the Knife. The supreme cutter; a Texas version of David Stockman, who knew where the budget bodies were buried and was intent on exhuming and dissecting every last one.

Though a newcomer to budget writing, had all the qualities essential to mastering this most difficult of legislative arts: industry (toiled late at night, on weekends, and before breakfast), inspiration (hit upon the idea of holding Sunday conferences with individual budget staff experts, extracting information in private that could never be gleaned in public), a mind for detail (“He knows where every office is, what it looks like, who works there, and what they do all day,” marveled one senator after a head-to-head bout with Toomey), and objectivity (a staunch partisan Republican, but never let partisanship guide his stiletto). Said one thirty-year Capitol veteran, “There’s never been anyone who knew the budget like Toomey.”

The pivotal figure on the ten-member House-Senate conference committee that wrote the final budget. Sat by himself on a separate tier, surrounded by mountains of file folders containing notes about every state agency, so that he could readily gain the ear of Chairman Rudd. Without grandstanding, quietly forced cut after cut upon reluctant senators, whose knowledge of the bill was no match for his. Even managed to eliminate $4.4 million from attorney general Jim Mattox’s budget—no easy feat, considering that two of the senators on the committee would like Mattox’s job (and budget) for themselves.

The sight of Toomey at work was one of the lasting images from the session. Walking around with his arms folded, a very private man, protecting himself and his space; or seated, dark and intense, with a piercing, quizzical gaze that looked through the eyes of an adversary as if to probe his brain. He was unforgettable, essential, a person without whose contributions there would never have been money to balance the budget. But for all his brilliance, Toomey held fast to a narrow ideology that had room for no-new-taxes, law-and-order, and little else. The question now is whether he will grow beyond technical artistry into the kind of statesmanlike leader that Republicans in the House so desperately need before, as will inevitably occur, their party ascends to power.