In the Democratic runoff for U.S. Senator, Mary “MJ” Hegar took 52.13% of votes in a close race against Sen. Royce West. Hegar will face Republican U.S. Sen. John Cornyn in November. Rep. Roland Gutierrez bested Xochil Pena Rodriguez, to win the democratic nomination for Senate District 19, which is largely based in San Antonio. Rep. Gutierrez will face sitting Sen. Pete Flores in November. Sen. Eddie Lucio Jr. held on to his seat in close battle, winning with 53.58% of the vote.

In Senate District 14, which includes certain portions of Austin and all of Bastrop County, there was an open seat that previously belonged to Senator Kirk Watson. In the six-person race, for this traditionally held Democratic seat, former Travis County Judge Sarah Eckhardt and Rep. Eddie Rodriguez head to a run-off with 49.66% and 33.84% of votes respectively.

The below tables list the vote totals and winners (bolded) for each race: 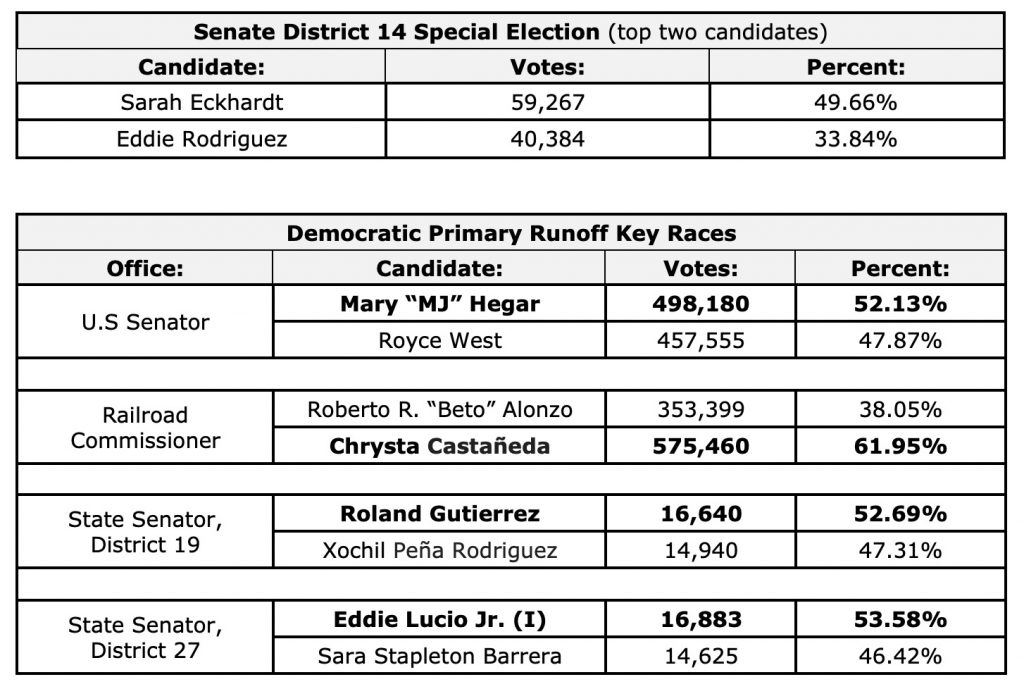 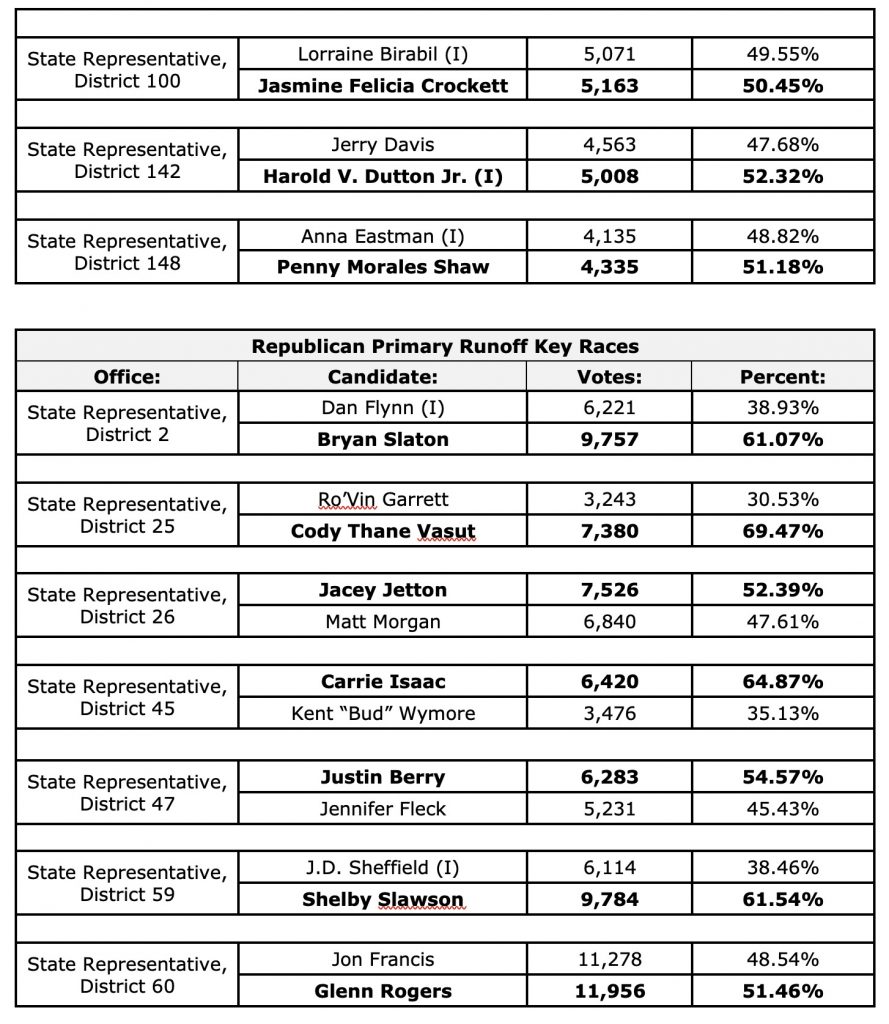