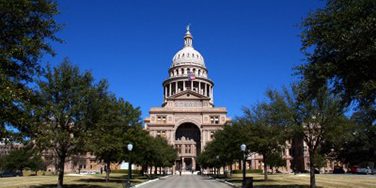 The 86th Legislative Session opened at the Texas Capitol on Tuesday as lawmakers took their oaths of office, selected new leaders, and began to work on major priorities for the new session like school finance reform and property tax reform.

The House of Representatives unanimously chose Rep. Dennis Bonnen, R-Angleton, as the chamber’s first new speaker in a decade. Speaker Bonnen set the tone by calling on lawmakers to avoid using limited time on “things that don’t lead to real results,” and instead focus on issues like rising property taxes, school finance reform and human trafficking. His priorities were echoed by Gov. Abbott, who called on the House to reform both school finance and property taxes later that day and expressed optimism that lawmakers would rise to the challenge.

In the Senate, Sen. Jane Nelson, R-Flower Mound, presided over the chamber in the place of Lt. Gov. Dan Patrick, who was in Washington, D.C. for a meeting on border security. The Senate elected Sen. Kirk Watson, D-Austin, as the Senate Pro Tempore, a role that presides over the Senate in the Lt. Governor’s absence and places Sen. Watson third in line for the governorship.

Texas’s top elected leaders – Gov. Abbott, Lt. Gov. Patrick, and Speaker Bonnen – further drove home the themes of the session at a press conference Wednesday morning, laying out their shared priorities of property tax and school finance reform while projecting a commitment to unity. “If the three of us are aligned that we’re going to accomplish a mission and pass legislation, it happens,” Patrick said. “And if the three of us are aligned that something isn’t going to pass, it doesn’t happen. I think our members will take note that this is really unprecedented that we’re addressing the issues at the beginning of session, totally united with one another.”

Governor Abbott also pointed to policy goals like rebuilding after Hurricane Harvey, bolstering school safety, and increasing teacher pay in addition to previously-mentioned priorities. “Bottom line, there are a lot of challenges facing our fellow Texans. We are going to work together to work swiftly to make sure that we do the business of the people of Texas,” Abbott added. That task was made somewhat easier by Texas Comptroller Glenn Hegar’s healthier-than-expected revenue outlook, forecasting about $119.1 billion in available state funds – about 8 percent more than was available in the last budget. However, the comptroller cautioned that uncertain energy and financial markets signal that the unusually strong revenue growth of recent months is unlikely to continue.

On Wednesday, the Senate adopted SR 4 to set rules for the 86th Session, which created a new Committee on Property Tax and separated the Committee on Water and Rural Affairs from the Committee on Agriculture. Lt. Gov. Patrick is expected to announce Senate committee assignments within a few days. The House also adopted rules for the session by passing HR 4. Among other changes, the standing Committees on Pensions and Investment & Financial Services will merge, the Committee on Special Purpose Districts & Government Transparency was eliminated, the International Trade and Intergovernmental Relations Committee was renamed the International Relations and Economic Development Committee, and many more committees grew in size because their will be fewer committees. Speaker Bonnen began collecting members’ requests for committee assignments on Tuesday and will announce official committee assignments in the coming weeks.