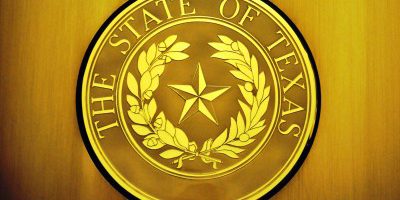 Lawmakers began to fill in the details for some of the session’s headline issues this week, including property tax reform, mental health, and regulation of paid sick leave. A special election moved to a run-off in San Antonio’s House District 125, while a run-off date was set for March 5th in Houston’s HD-145.

Special Elections. On Tuesday, Republican and a Democrat advanced to a run-off in the special election in San Antonio’s House District 125 to replace Rep. Justin Rodriguez (D-San Antonio), who was appointed to the Commissioners Court in Bexar County. From a field of five candidates, Republican Fred Rangel, managing partner of Adco Master Builders, won a plurality of votes with 37%. Democrat and former city councilman Ray Lopez earned 19% of votes cast, with the remaining votes split among three Democrats. Governor Greg Abbott will set a run-off date for HD-125 soon.

Property Taxes. On Monday, the Senate Committee on Property Taxes considered SB 2 by Paul Bettencourt (R-Houston), titled the Property Tax Reform & Relief Act of 2019. The bill reduces the rollback rate, or the rate of allowable revenue growth for a local government before an election is required, from 8 percent to 2.5 percent. The bill would apply to taxing units with more than $15 million in revenue and would exclude new development. The bill was reported favorably out of committee with only one member, Democrat Chuy Hinojosa (D-McAllen), not voting. Sen. Hinojosa, who felt the 2.5 percent rollback limit was too low, joked that he liked “97.5 percent” of the bill. Sen. Kel Seliger (R-Amarillo) also expressed opposition to the bill, who said he felt the bill would hamstring local governments and that he would instead draft a measure to limit appraisal values.

Paid Leave. Two bills filed this week would prohibit local governments from requiring businesses to provide paid sick leave to their employees. Senator Donna Campbell (R-New Braunfels) filed SB 762, which she named the Texas Small Business Protection Act, to prohibit Texas cities from enforcing paid sick leave policies on local businesses. “Texas has the tenth largest economy in the world because we promote free enterprise and protect economic freedom,” Senator Campbell said. “Unfunded mandates on small businesses are a regulatory nightmare that negatively impacts the economy and costs jobs.” SB 15, filed by Sen. Brandon Creighton (R-Conroe) and HB 1654 by Rep. Craig Goldman (R-Ft. Worth) titled the Consistent Employment Regulations Act, would forbid a municipality or county from adopting standards for leave, benefits, scheduling, or other terms of employment that exceed those in state law.

President’s Day. The House and Senate are observing the President’s Day holiday and will both reconvene at 11:00 AM on Tuesday, February 19th.

For more information on the Texas Legislature, visit www.capitol.state.tx.us.