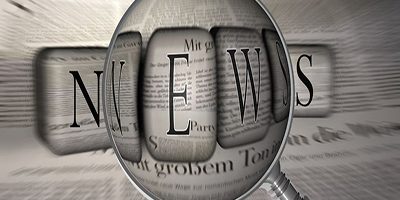 This week, several committees met to discuss issues that will undoubtedly be debated during the 86th Legislature. The Senate Committee on Agriculture, Water and Rural Affairs met on Monday and Tuesday this week to review water law in Texas, specifically, how regulations and water rights permitting can be streamlined. On Tuesday, the Texas Commission on Public School Finance met to discuss the funding for Bilingual Education, one of the fastest growing populations in Public Education. Also on Tuesday, the House Committee on Culture, Recreation and Tourism met to discuss the effect of Hurricane Harvey on the tourism industry along the Texas coast. Lastly, we list a couple of notable job changes around the Capitol.

Charged with reviewing the regulatory framework of Groundwater Conservation Districts (GCD) and River Authorities, Chairman Perry focused on the confusing patchwork set of rules many GCD’s have set in place. For instance, if a landowner’s property stretches across two GCD’s, parts of the property may be treated very differently based on which portion of the property is situated within one GCD versus another. Chairman Perry also asked that best practices be identified and implemented throughout the industry. To accomplish this, Chairman Perry said he will re-file S.B. 1392 – a bill from last session which promotes groundwater conservation through scientific modeling and encourages GCD’s to work together in managing a shared groundwater reservoir. Representatives for GCD’s said they are already working to identify best practices and implement those across the board.

The second charge asked the committee to review water rights permitting and streamline the process where possible. Discussion focused on the number of employees in the permitting group at the Texas Commission on Environmental Quality and the lengthy State Office of Administrative Hearings (SOAH) contested case hearing process when a permit application is protested. Sen. Kolkhorst said dragging permit fights out over multiple years has got to stop and adding a few employees to the permitting group could, “do a lot in speeding this up.” Chairman Perry is concerned the contested case hearing process is just a roadblock to, “let the guy with the bigger checkbook drag out the case and build up evidence.” Confirming Chairman Perry’s suspicion, a water rights attorney testified very few cases are settled in SOAH and end up going to district court. Changes to the water permit protest process are expected.

Created last session to make recommendations for improvements to the current public school finance system, the Commission on Public School Finance is composed of lawmakers and interested stakeholders. At their June 5th meeting, the commission heard presentations regarding the importance of funding Bilingual Education in Texas schools. For perspective, there are 300,000 more bilingual students in Texas today than there were 10 years ago. Highlighting the importance of the Bilingual Education issue in Texas, the first slide of the presentation by the Texas Education Agency shows the funding weight for Bilingual Education has not changed since the program was created in 1984 – despite the increase of bilingual students. Yet, a very tight budget in the upcoming legislative session may mean Bilingual Education funding weights remain unchanged.

The committee met in Brownsville, Texas to discuss issues brought upon the tourism industry in the aftermath of Hurricane Harvey. Much of the discussion centered on public perception of the damage along the Texas coast. Travel and tourism stakeholders said “fake news” reporting on the extent of the damage to the Texas coast negatively affected the tourism industry. For instance, one doctored photo circulated on social media depicted planes underwater at Hobby Airport in Houston. As a result of the public perception of the Texas coast, the City Manager of the City of South Padre Island testified the city lost $393,000 in Hotel Occupancy Tax revenue. To combat the negative public perception, the City of South Padre Island invested $500,000 in extra media buys to show South Padre escaped Hurricane Harvey relatively unharmed. A strong tourism season this summer will go a long way in helping coastal communities recover from Hurricane Harvey.

People in and Around the Capitol on the Move:

Chairman Larry Gonzales (R – Round Rock), who did not file for re-election this year, resigned early from his term as House District 52’s State Representative. His resignation sparks a special election to fill the remainder of his term. While Governor Abbott could call an emergency special election to fill the term, it is likely a special election for HD-52 will coincide with the General Election in November. Cynthia Flores (Round Rock) recently won the Republican Party nomination for this Republican leaning House District.

Lt. Governor Dan Patrick’s policy advisor on Agriculture, Water and Rural Affairs: Aron Pena III, is leaving that post to work at the Texas General Land Office as a Grant Coordinator for the Coastal Bend Office.