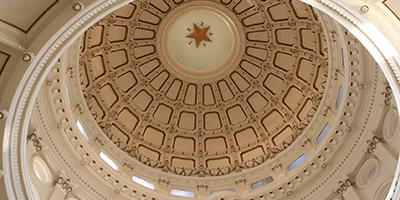 Much of the news this week came out of the House of Representatives. The House passed HB 1, the general appropriations bill, after consideration of hundreds of amendments that stretched into late Wednesday night. That same night, the House Ways and Means Committee reported HB 2, a property tax reform bill, favorably. In the Senate, a measure to bring a secure path to solvency for the Teacher Retirement System received unanimous approval.

House Passes Budget Bills. On Wednesday, the House passed HB 1 by John Zerwas (R-Richmond) and SB 500 by Jane Nelson (R-Flower Mound), the general and supplemental appropriations bills, respectively. HB 1 authorizes total spending of $251 billion, including $116.5 billion from general revenue. This reflects an increase of about 7% over the budget adopted for 2018-2019. 123 floor amendments were adopted for HB 1 before its passage.

SB 500, the supplemental appropriations bill, would spend a total of about $9.3 billion, including $4.3 billion from the Economic Stabilization Fund and $2.4 billion in federal funds for priorities like Hurricane Harvey relief, Medicaid spending, and state employee pensions. Both HB 1 and SB 500 passed the House by a vote of 149-0.

House Plans Vote on School Finance Reform. On Wednesday, the House Ways and Means Committee reported HB 2 by Dustin Burrows (R-Lubbock) favorably. HB 2 would require cities, counties, and other taxing units to secure voter approval before it may collect more than 2.5% more property tax revenue than the previous year. As amended, HB 2 exempts community colleges, emergency service districts, and hospital districts from the election trigger and certain districts may “bank” unused revenue growth as long as they average 2.5% or below over five years.

House Education Committee Plans Vote on HB 3. On Wednesday, April 3, the House will consider HB 3, a school finance and property tax reform plan that was passed out of the House Education Committee last week. HB 3 by Rep. Dan Huberty (R-Houston) would put $6.3 billion into public schools (representing a per-student increase in spending of more than $800) and $2.7 billion into property tax reform. It also includes provisions to incentivize school districts to pay teachers more to work in high-needs campuses or in high-demand subjects, replacing earlier language that would have placed greater emphasis on standardized test scores. However, HB 3 does not include an across-the-board pay raise like the Senate’s school finance plan, SB 3, which would put $4 billion toward $5,000 raises for all full-time teachers and librarians. The plan has more than 100 co-sponsors in the House.

Senate Makes Changes to Teacher Retirement System. On Thursday, the Senate passed SB 12 by Joan Huffman (R-Houston) to keep the Teacher Retirement System solvent. Lt. Governor Dan Patrick praised the bill for providing a secure pathway to achieving solvency and bring actuarial soundness to TRS. “Ensuring that Texas doesn’t get mired in mounting pension debt must remain a top priority for Texas. SB 12 will also provide a 13th check for retired teachers in 2020.

Bills out of House Committees this week: 101

Bills passed by House this week: 17

Bills passed by House this session: 34

Bills out of Senate Committees this week: 62

Bills passed by Senate this week: 44

Bills passed by Senate this session: 72

For more information on the Texas Legislature, visit  https://capitol.texas.gov/