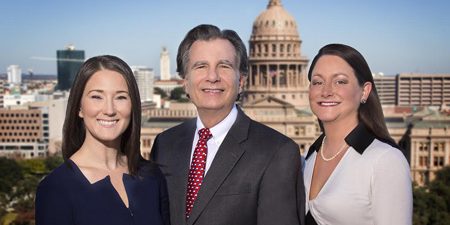 Capitol Inside released their biennial Texas lobby power rankings this week, and Texas Lobby Group made another impressive showing in several categories.

“Keel is only the second female lobbyist to crack the top 10 on the hired gun list since the rankings were conceived in early 2003…But Keel has moved into a league of her own as the only woman in the Austin to climb as high as sixth on the hired gun chart where she appears this year.”

Partner Lara Keel has been ranked as the top female lobbyists for five legislative sessions, and Capitol Inside identified some of the reasons why:

Partner Mike Toomey is also one of only three lobbyists to appear both in the Texas Lobby Hall of Fame and on the list of top contract lobbyists. The rankings speak at length about his long run at the top of the business:

Neal T. “Buddy” Jones and Mike Toomey have all but owned the top of the mountain in the rankings that appeared initially on the day when the Texas political and governmental news and information publication was born online exactly 16 years ago today. Toomey – a former Texas House Republican who served as the chief of staff for two governors – has been rated lower than second only once since 2005 on the hired gun list that’s been the project’s centerpiece in the lobby rankings that are rolled out during the opening month of regular sessions in odd-numbered year…Toomey and Jones have each slipped to third only one time in that period. Both still appear to be at the top of their games for reasons that are similar in some aspects and considerably different in others.”