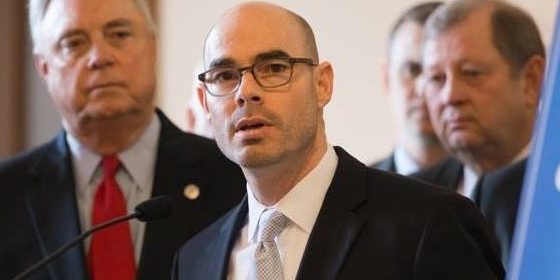 While the House of Representatives will not officially vote on its next speaker until the opening of the legislative session on January 8th, Representative Dennis Bonnen (R-Angleton), who recently announced the pledged support of 109 members and members-elect, has already begun making staff announcements for his speakership.  On Tuesday, November 13th, Bonnen announced former Plano GOP Representative Brian McCall, current Chancellor of the Texas State University System, as the head of his speaker’s transition team to oversee the recruitment of candidates, the planning of a swearing-in ceremony, and other responsibilities in preparation for the upcoming session. He also named a committee to vet candidates for a new House parliamentarian consisting of five Republicans and five Democrats: Republican representatives Matt Krause, Dustin Burrows, Geanie Morrison, John Wray, and Four Price; and Democratic representatives Rafael Anchia, Ina Minjarez, Joe Moody, Toni Rose, and Senfronia Thompson.

The next several days saw more staffing announcements from the likely speaker. On Wednesday, Bonnen named Gavin Massingill of Gatesville as his Chief of Staff. Massingill has worked for Representative Charlie Geren (R-Fort Worth) and former representative David Lengefeld (D-Hamilton) and more recently worked as a contract lobbyist. On Thursday, Bonnen named Shera Eichler, his longtime aide of 16 years and legislative chief of staff, as the Director of the Speaker’s Office. And on Friday, Bonnen named Houston lawyer Gardner Pate as the speaker’s Policy Director and General Counsel. Pate served on Governor Abbott’s campaign committee for attorney general and most recently worked as an lobbyist and attorney with a focus on campaign ethics and finance.  We expect more announcement in the weeks ahead, and will keep you apprised as Rep. Bonnen continues to build out his staff.