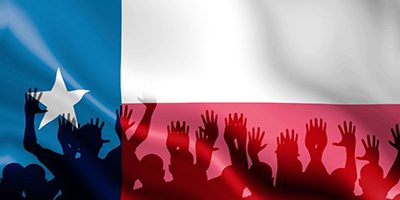 Fueled by the hotly contested race between Senator Ted Cruz and Democrat Beto O’Rourke, turnout for this year’s midterm election in Texas is set to dwarf that of 2014 presidential election. About 15.8 million Texans are registered to vote this year, a 12% increase since 2014’s midterm election. Certain counties, including Bexar, Dallas, Travis, Midland and El Paso, even saw early turnout exceeding that of the 2016 presidential primaries.

The first week of early voting has already revealed some interesting trends. Of early voters, 24.3% have voted in previous presidential elections, but are voting in a mid-term election for the first time. Further, 15.4% of the early voters waited until Election Day to vote in 2014. Both of these data points suggest heightened interest in this year’s election and a desire to participate before what may be an even busier election day on November 6th.

In addition to the Cruz-Beto race that has attracted national attention, Texas is host to several competitive congressional races. Multiple Democratic challengers have reported fundraising hauls in excess of $1 million, and three Republican incumbents are defending seats in districts where President Trump either lost or won narrowly in 2016. While the majority of Texas’s 36 Congressional seats will almost certainly remain in Republican control, these races may nevertheless be crucial to determining whether Republicans or Democrats will ultimately control Congress in the new year.

In comparison to the Senate and Congressional races, contests for most Texas statewide offices are not considered close and have therefore not received much media attention in the buildup to election day. In addition to statewide offices like Governor and Lt. Governor, voters will also elect several members of judiciary. Texas Supreme Court and Court of Criminal Appeals each have three seats that will be voted on; all but two are currently held by Republican incumbents.

In the Texas House, almost one-third of members will not face a challenger. The remaining members will face off against a major-party opponent in the general election, including some Republicans defending seats in districts that voted blue in 2016. After the retirement of Speaker Straus, the number of Republican seats held will likely determine if there is a moderate or conservative Republican Speaker next session.

In the Texas Senate, fifteen seats are up for grabs, including several that Democrats have high hopes to flip blue. One is held by Colleyville Republican Konni Burton, who faces a competitive race against Democrat Beverly Powell in a district that Donald Trump won by only half a percentage point. Facing similar district-level voting trends and polling, Republican incumbents Don Huffines of Dallas and Joan Huffman of Houston also find themselves in competitive races with their Democratic challengers despite significant fundraising advantages for the Republican.

In the next couple of months, there are a few important dates to remember. November 12th marks the first day that Legislators and Legislators-elect may file bills for the 86th Legislature. More importantly, January 8th marks the convening of the 86th Texas Legislature.

We will give you an update on November 8th of the wins, losses and surprises. Don’t forget to vote! To find your polling location visit: