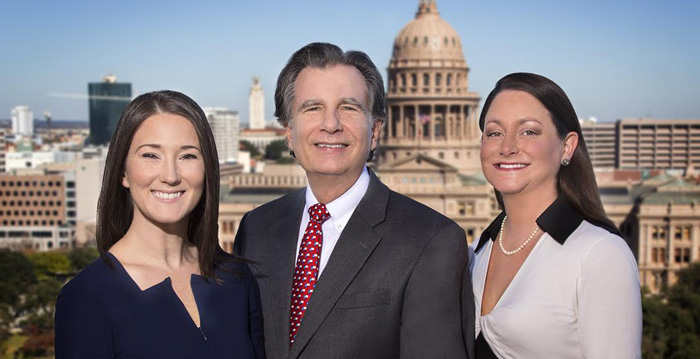 The biennial rankings of Texas lobbyists and lobby teams were released today, and the Texas Lobby Group and its members topped the rankings, yet again.

The Texas Lobby Group boasts three lobbyists that rank among the top 10 most powerful lobbyists: Mike Toomey at number 2, Bill Messer at number 5, and Lara Keel at number 7.

What’s more, the Texas Lobby Group continues to set trends, “Austin lobbyist Lara Keel – as a prime example – is the first woman in the past 12 years to be ranked among the ten most powerful hired guns at the Texas Capitol. She’s only the second female to have that distinction since the lobby rankings were conceived in 2003.Keel had been moving up the lader for several years as one of Mike Toomey’s original partners at the Texas Lobby Group that they got off of the ground in 2002 during Rick Perry’s first year as Governor.”

Lara Keel has been ranked as the top female lobbyists for four legislative sessions, Lara Keel continues to shatter the glass ceiling, paving the way for other female lobbyists. “The number of women who’ve registered to lobby in Texas has surged in the past few years – and more of the female practitioners who’d already established themselves appear to have more sway than ever at the outset of the 2017 regular session.”

“Mike Toomey has long been viewed as the lobbyist who’d been closest to Perry throughout the past two decades or more. While Toomey could generate some quick business in Washington if he felt like spending some time there in the near future, the cabinet selection can’t do much to boost his standing on the Texas contract lobbyist rankings considering the fact that he’d been rated no lower than second in the early stages of the last three regular legislative sessions. Toomey – a former Perry Texas House colleague who’d been a major architect of the GOP takeover.”

“Mike Toomey has broken the mold, however, as the only former Republican state legislator in the lobby hall of fame. Toomey found himself dogged to some degree in the earlier stages of his lobby career by perceptions that he was too hyper-partisan to be truly effective in an industry that operates more like a fraternal brotherhood than a business. The skeptics had speculated that Toomey’s heyday would end when he no longer had the Perry connection as leverage. But Perry’s departure from the governor’s office two years ago may have inspired Toomey to work harder than ever at trying to be the best based on recent accolades that peers and competitors have dished his way. That’s the mark of a true hall of famer.”

The Texas Lobby Group’s newest star, Carrie Simmons, Last Session’s “Number one Rising Star,” now moves to the established list of the most powerful contract lobbyists. The former House GOP Caucus Director, Ex-State Senator Larry Taylor Aide, and current Red State Women Officer has risen to the 52nd spot (out of 100) after only one legislative session. Ms. Simmons continues her meteoric rise by virtue of her extreme likeability around the capitol and penchant for focusing on results…showing yet another woman at the Texas Lobby Group is helping shatter the glass ceiling.